The distillation of heat sensitive and high boiling mixtures is complicated by the high temperatures to which such materials must be exposed during the evaporation of more volatile components.

Though lower distillation temperatures can generally be achieved under vacuum, the length of time to which materials are exposed to even these lower temperatures can result in thermal damage.

In wiped film and short path distillation, the separation, purification, or concentration of heat sensitive materials occurs under vacuum, but at residence time that are greatly reduced by comparison to more conventional distillation methods.

At CHEM Group, heat sensitive and high boiling materials are typically distilled using modified Pfaudler style short path evaporators. In such evaporators, the mixture or feedstock to be distilled enters the evaporator and is immediately distributed by the centripetal force of a rotating plate. This results in the formation of a thin film on the inside wall of the evaporator which is fully jacketed and heated with heat transfer fluid to provide for the evaporation of more volatile components.

As this film falls under force of gravity, a series a wiper blades affixed to a rotating series of supports provides for agitation of the film to assure uniform film thickness and even film distribution throughout the distillation process. As more volatile components are evaporated, the resultant vapors travel the short distance or short path to an internal tube bundle serving as a condenser. What remains on the heated evaporator surface continues to fall until it is collected as residue at the base of the unit. Condensed material collects and is ultimately discharged from the central core of the system. A chevron, situated between the heated evaporator surface and internal condenser help prevent entrainment and extruder blades attached to the base of the wiper basket provide for the efficient removal of higher viscosity residues from the system.

With the ability to operate at vacuums below 200 microns and jacket temperatures as high as 650°F (343°C), materials exhibiting atmospheric equivalent boiling points as high as 1200°F can be distilled at rates ranging from 15 to 50 pounds per hour, per square foot of heated evaporator surface or approximately 15 to 40 pounds per minute on any one of CHEM Group’s short path systems.

ORG CHEM Group is a proud member of these organizations. 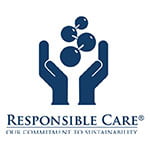 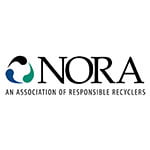